Recently I read two, at least in my view contradicting and even though really interesting books about teams:

Beside other highly important team setup factors – like a vision and mission, team rules, clear roles, commitment, trust, being accountable and result focussed – I aimed for having longer running, stable team constellations. For a team it needs time:

Based on that I would have suggested that it needs at least six months to arrive at this ideal high performing state. Six months as a guess – taken from described experiences in High Performance Teams (where e.g. the Alinghi team is referenced).

I worked in just a few teams that I would consider to be a high performing team and with many teams that did not reach that state.

An experience within a high performing team

My first experience in such a team was back in 2007.

I remember that we had a tough goal (no detailed building instructions but an alignment on what has to happen), a real commitment in the team and finished our mission within a short time frame (roughly three months including everything).

It was a group of highly skilled, technically excellent developers – combining architectural perspectives, hands-on long term practical and pragmatic programming skills, intelligence to come up with solutions and a combination of longer term experience of working together and new members.

Interestingly everyone had at least one possible peer in the team, whom she had worked together for a longer running (min 2 years) period, that enabled faster understanding and explanations of ways and behaviors among each other.

At this time we started using parts of XP and Scrum, but topics like full automation, … where not yet covered that good as today 😉

One important thing I remember is the fact, that we did not need a long time (maybe 1-3 weeks) to start performing in that team. I think it was our purpose and tough available time scope that forced us to get together and to combine our strengths. No need to go through long and steep learning curves was another aspect.

Experiences within not (yet) performing teams

On the other hand I worked in and with many teams that did not reach a high performing state – you could see that on:

Some learnings and observations

Lets combine it with what science shows (at least what I read about it yet)?

Taken from Team Genius – The new science of high performing organizations (I highly recommend to read that book as it contains a lot of helpful explanation and details about teams.). I take just some quotes that seem for me to be important for this post:

“It turns out that the longer you keep a team together, the fewer the negative effect of its diversity … more intragroup contact reduces the usual negative effects of social categorization. … The more frequently team members work together, the better they become at innovation by integrating each other’s knowledge. … All of this is a good argument for not disbanding teams quickly. The best strategy is, if possible, to keep team members together through more than one project. That will give them a chance to learn about each other and to bond. They will create harmony to work – called interpersonal congruence – the degree to which team members view others in the group as those others view themselves.

Combined with input from Creating great teams – how self selection lets people excel:

Taken from Team: Six essentials for building a productive team

And what about motivation?

A PEOPLE first approach includes happiness and motivation first. I follow CRISP’s approach to use the happiness index as the primary metric.

I remember the orientation people before customer before shareholder value (currently I don’t know where I got it from), but I really think that this is a strong commitment to build a great place to work at.

I believe that highly motivated people will build products that customers love, provide services that customers enjoy and with that a win:win situation is created where monetary rewards follow.

If we put motivation first, we have to consider the importance of career building too:

Please refer to the topic project credits based on the management 3.0 workout, to learn more about the importance of project references as career building element.

Combined with that learning environment are my following assumptions:

To foster motivation it needs free choice of projects and teams to work in. For me it implies, that team changes can occur more often and a too strong drive towards team stability does maybe not fit to address the motivational aspects. I guess it needs a balance between stability and change – with the main focus on self selection and choice.

And this leads to my conclusion: To work with more dynamic team approaches

Like e.g. Valve, Here describe it – let’s consider more dynamic team setups. For me it means that teams:

Regarding a minimum timeframe a team should stay together I would trust on the team members judgement. Like described in Creating great teams – how self selection lets people excel teams stayed together for a long time and were offered to change at least every six months.

If three months (like we try it for the moment) will be to short … let’s see. At least based on experience with ShipIt days and my own learnings in teams, it is possible to get high performance fast, if you build the right environment. I’m quite sure that this approach won’t fit everywhere – especially environments with steep learning curves and tough ramp up times won’t be a first choice 😉

Coming back to the starting question: Is the focus to remain long running, stable teams to build high performance teams still valid for knowledge work environments? No – the focus is on creating motivating and highly productive environments and let people choose the form and type of team constellation they would like to perform in. If long running team setups result based on that autonomy – fair enough 😉

In the near future I’ll describe the approach for self selecting and finding a model to work with we are currently experimenting with at idealo. So stay tuned for some updates on that topic.

I think a controversial topic?! What is your opinion about using more dynamic setups? Do you have similar experiences or even try/use that approach already? Thanks for all your comments.

Foster innovation by creating a learning and social networking environment

Five dysfunctions of a team by Patrick M. Lencioni

Hyper Productive Knowledge Work Performance: The tameflow approach and its application to Scrum and Kanban by Steve Tendon and Wolfram Mueller 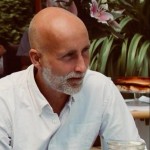 Will you use these 9 hints to improve your appraisal interviews?

Why we need more dynamic team setups to foster ...

I love how you suggested that creating a winsome and healthy atmosphere creates an amazing place to work at. Having happy and interacting employees seems like the key to success and ingenuity. Using some type of team assessment surveys might be a great way to have everyone’s voices heard and respected.

I appreciate your article. Keep up sharing some more such information.